Why aren’t you just doing it?

Please think about what I am about to ask very seriously. Let’s suppose you have a weight problem that you just can’t seem to solve.  Would you pay a thousand dollars to take a magic pill (no folks it doesn’t exist) that would guarantee to graciously take off all the excess fat and not only that but add lean muscle to your body?  Oh and did I mention the process would be effort free and take only seven days! Would you do it? Of course you would! Who wouldn’t, right?  Well maybe those that couldn’t afford it wouldn’t do it.  But I’m reasoning that most of those people would somehow find a way to get that money!

So what’s the point of the question since there is no such pill.  My point is this.  I tell my clients, each one of them that “if you do what I tell you to do the results are guaranteed!  You will lose the weight, that ugly fat that’s just hanging on to your body like if it was super glued on!”

So why do such a small percent of people actually do what I tell them to do?

That my friends is the million dollar question!!!

One that can’t be answered in a just a few quick paragraphs.  Because everyone’s story is unique and challenging I am not going to pretend that I can offer a nice and neat solution for all.

But what I am going to do is share one of my clients stories about her issue with her unwanted weight problem and how she was finally able to break free from it!!

It really wasn’t until I started losing my pants during my workout that it hit me. That all this work, the waking up early, the eating the right way at the right times was starting to pay off. Let me explain.

I was always athletic in high school and college. I had always been overweight on a doctors scale but I’ve been solid. My time in the Navy when I joined at 19, I weighed 168 pounds at a size 12. Nine weeks later, I still weighed 168 pounds and I was a size 8. That’s what I mean by being solid. Three years after being married I got pregnant with our daughter Lauren. I remember being surprised at my first visit weigh in. I was 197 pounds. With pregnancy and “eating for two”, my weight jumped to 245 pounds.

One of the things I simply assumed as a new mom is that when I gave birth, that the baby and everything associated with baby would just be delivered as well. Lauren was a healthy 7 pounds 13 ounces, and I lost a total of 9 pounds. I was depressed and in denial for a long time. I just didn’t know it. I was carrying baby weight and would attribute my lack of fitness and pant size to the baby weight. The only real problem with that was I was fooling myself. My daughter is now 12. Really? How long was I going to hold on to that thought and make it OK that I wanted to do better but my excuses were more comfort than simply doing the work.

When I met Mike, I started listening to what he was saying. I listened casually at first. You know trainers. They say all this great Rah Rah, you can do it BS and they even show you people who have achieved their goals. And I think, “ great for them” but that person is not me. After all, I’ve got baby weight still hanging on me that refuses to leave. That is my excuse and it’s worked this long, so why not longer?

I started going to bootcamp almost two years ago. I made modest changes. And slowly my body felt tighter. I had more energy. I started with Mike weighing 227 pounds. I was wearing a size 16/18. Toward the end of last year, a year and a half, I had dropped 13 pounds. That may be small by comparison but it was significant to me. And it made me realize that my body doesn’t have to be stuck with the “mom” look.

I began working out with Mike in private training last December. I weighed 214 pounds. I remember the day he asked if I was willing to do the work to make a huge difference to me. For one thing, I was willing to put faith in the fact that Mike knew what he was talking about even though I didn’t really “believe” that it would be realistic for me. After all, I kept thinking that is what happens to “other people”. You know, the ones in magazines on those crazy stringent diets and such. Mike said seriously that I would be under 200 pounds by the first of January. He said it would take something, that discipline and total dedication would be the difference. And, I would need to really think before deciding to take this on. I knew that if I could just try on that I would look totally different and feel more incredible in less than 30 days, what do I really have to lose? Honestly, a part of me thought that even if I fell off the wagon, and I suppose everyone does, I would still see results. The whole conversation took me back a little.

Understand, I had been doing well so far. And it was time for me to really get back to the fitness and shape. The kind of person who felt more like “me”. Over the next weeks, my changes were physical and emotional. I realized I had used my extra weight as a way to keep people at bay, to protect myself and to keep from being close to people. I also used it to keep people comfortable with that version of me. I trusted Mike and had faith in the process more so than the profound ways it could affect me. And, as the weight started falling away, other things came up for me. It gave me an opportunity to deal with emotional issues I did not know were associated with weight. It’s funny what happens.

Leave it to me to start a challenging program during the holidays. Now, that was a difficult!

Through Christmas and New Years we worked and for the most part, I was eating what I needed to and following on schedule. I had hiccups. I cheated on my eating. And yes, I could have done better. But even with this, I saw significant changes in nine weeks. This was even more profound than the past year and a half. As I write this, I currently weigh 195 pounds. I am finally below 200 pounds. I haven’t been this weighed this for nearly 17 years. 17 years!!

I’m not finished yet. I still have a goal to see how my body adapts and changes. My goal is to be leaner and stronger. I am turning 40 this year. It’s simply a number in my book. And, I want to feel, look and be able to do more at 40 than I did at 20. I am more experienced now. There is a bucket list of places and things to do. As my weight goals go, I will be elated to stand at a goal weight of 164. As a size, I’d love to see a solid size 10. I’m almost there now! It’s been a heck of a ride. It’s been hard work. Don’t be fooled into thinking it’s easy. But, oh, so worth it. I am changed physically. The real changes are mentally and emotional for me. I found myself again. And, for that, I am forever grateful. 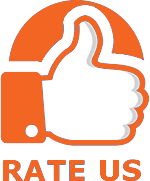